LotNetwork.com was started in February 2012, and since that date the site has continued to grow into the nation’s premier website used to buy and sell land and lots. This Blog Post is a piece of history, as it’s the original announcement for the launch of the company.

LotNetwork has continued to expand it’s features and offerings over the years. Explore LotNetwork’s Blog to see the hundreds of pages of new Blog content that have been posted, and search the property listing portal on the LotNetwork website for our hundreds of thousands of daily-updated listings for lots and land for sell across the nation.

In today’s economy and real estate market, you need a place that brings buyers and sellers together to identify the right opportunity at the right price at the right time.

LotNetwork.com is that place – a website, listing service and networking venue designed specifically for the development and building industry and focusing solely on homesites and land for residential development.

There are other search and listing services out there. But MLS is for homes. There are established sites dedicated to commercial properties, and while the land sites are useful, they’re primarily designed to market ranchland, timberland, farmland, hunting and other recreational properties – thousands of listings completely unrelated to homesites.

We built LotNetwork.com from the ground up with the builder and the developer in mind.  Because we’re developers ourselves, we know that marketing land and lots is different from selling a home: Instead of browsing photos of remodeled kitchens, builders and developers are concerned with buildable area, entitlements and takedown schedules. LotNetwork.com speaks our language and is the first nationwide site specifically designed to market lots and land for the homebuilding industry. Isn’t it about time we had an online listing venue of this scope dedicated solely to our industry?

Whether you’re looking to sell one lot or to market an entire project, LotNetwork.com is the easiest, most comprehensive way to list developable property by land type, utilities and infrastructure available or needed, zoning requirements and other detailed fields.

We invite you to search our more than 250,000 listings and to list your own properties. And we want your feedback on how we can make the site even better and more useful in the future.

A site dedicated exclusively to residential lots and land for development launched in beta. LotNetwork.com currently has more than 250,000 active land and lot listings available for search nationwide. https://seattletimes.nwsource.com 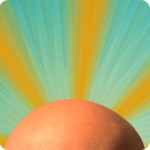